Typical costumes of the United States are used today rather as a costume during national holidays. Some examples are the prototypical cowboy outfit or Uncle Sam's costume, among others. In the following we show you a list with the most representative costumes of American culture along with photos of them.

The cowboy or cowboy outfit, also known as denim suit, is included in the category called western clothing (western wear in English) and refers to the typical costumes that are often used by the people of the western United States, typically the State of Texas.

Actually, these clothes have their origin in the Wild West o Wild West (Old west and Far west respectively), a historical period belonging to the nineteenth century in which the characters of whom these costumes were original lived, of which it is perhaps Buffalo Bill (1845-1917) that gave the most fame to this outfit. 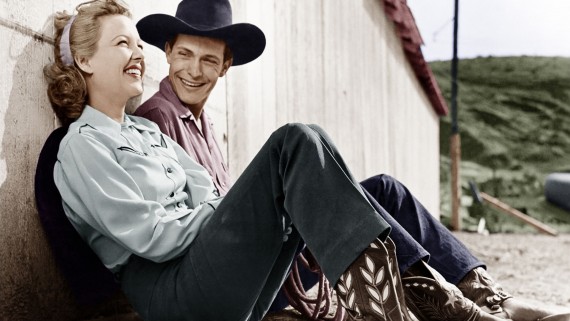 The cowboy suit was used at this time by colonizers, mountain men and during the Civil War or American Civil War. Similarly, over the years it has become popular thanks to its relationship with the musical style called country from the hand of singers like Gene Autry or Roy Rogers, very popular in the USA during the 40s and 50s.

The typical clothing of the American West can be really simple and consist simply of a plaid shirt and classic jeans. However, it can become a really elaborate suit with a large presence of ornaments characteristic of this outfit, such as chaps, a kind of pants that are fastened with a belt and that cover the jeans. They are made of a very robust material, so they are really heavy. 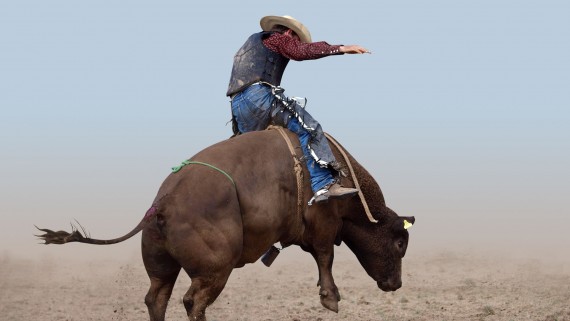 Another typical accessory is the bandana or wild rag, which is a red scarf that is usually tied around the neck and began to be worn around the years 60-70 and, later, was part of the typical clothing of young people of the 1980s. At this same time, the bandana was It also became a representative symbol of the cultural heritage of the African people who suffered slavery.

Of course, you cannot miss the unmistakable hat of cowboy, of which several versions have been created over time, such as the slouch hat, used mostly as part of the military uniform during the 18th century, or the Stetson, short brand name John B. Stetson Company. 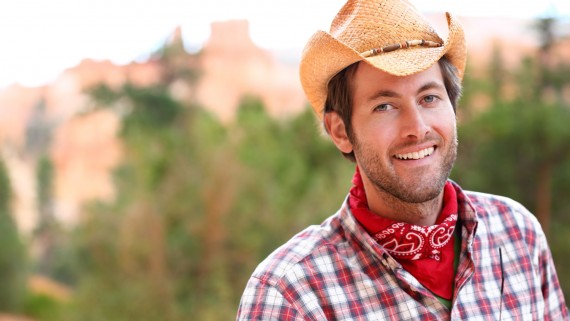 Finally, the cowboy boots They are possibly the most representative accessory of the American West suits. It is a type of unisex boot with heel that can vary according to the model, tip finished in peak and without laces. Traditionally, true cowboy boots are made of cowhide, although other fabrics such as snakeskin, buffalo, alligator, lizard or even elephant have also become popular.

Basically, there are two types of cowboy boots: those of cowboy (that is, those we are used to seeing) and those of lacero (person who uses a rope to attract cattle). The classics are characterized by reaching up to about half of the calf and have the classic rectangular heel of about 3 cm (1 inch), although there are some that are made with the type of heel called walking heel, of lower height. On the other hand, the lacero boots do not usually reach above the ankles, the heels have a flatter and quadrangular shape and do not exceed 2 cm high. 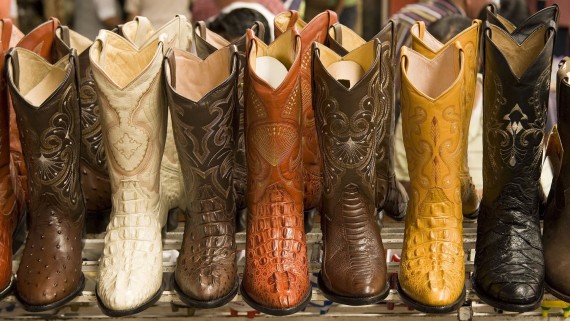 Halloween is a party that is celebrated every 31 October with special emphasis on the Anglo-Saxon countries, that is, the United States, Canada, Ireland and the United Kingdom. This party is of Celtic origin and is also known as Halloween night or Halloween. It is a holiday linked to All Saints Day (name extended in Spain) or Day of the Dead (name known in Latin America), celebrated by Catholics on November 1. 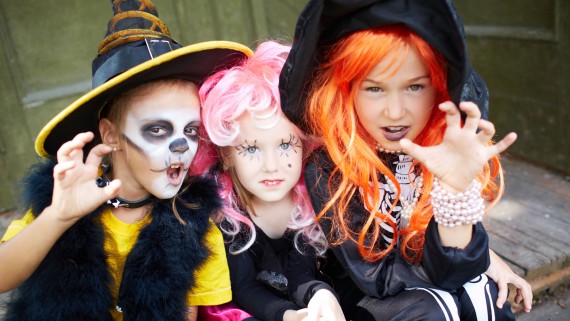 When you think of Halloween, three colors automatically come to mind: orange, black and purple, mainly linked to the quintessential symbol of this holiday: the popular hand carved pumpkin or jack-o’-lantern. Therefore, it is not surprising that most of the costumes and costumes that are seen tonight are of any of these colors or a mixture of them.

The popular activity during this night is the trick or treat, carried out mainly by children, who are the ones who have the most enthusiasm. Although children's costumes are inspired by terrifying motives, especially the adult costumes, which can be really elaborate and really scary. In fact, most are inspired by characters from classic horror movies, including Jack The Ripper, Scream or Freddy Krueger, among many others. 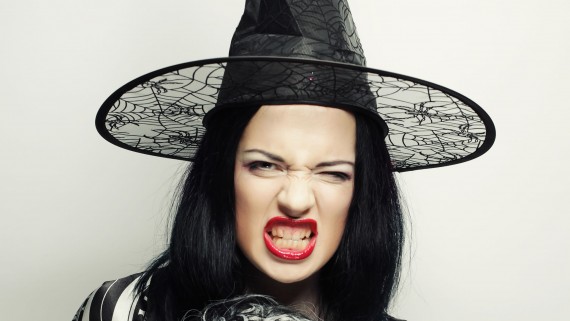 Native Indian means that individual belonging to the native peoples of the United States (in English Native American). This means that it is about the indigenous communities of the United States, that is, Native Americans. Thus, the first inhabitants of North America most likely arrived from Asia about 10,000-20,000 years ago through the Bering Strait, as well as other groups from especially the Andes, which makes the resulting costumes possess characteristic elements of the typical costumes of the Andean Region, such as the variety of colors of its fabrics.

The clothing of these people is especially characterized by a basic element: feathers. Usually, these were worn on the head resulting in a feather headdress or warbonnets, name given in the US to this accessory. The warbonnets, contrary to popular belief, they were used by a minority of American tribes, including the Sioux, the Cheyenne and the Cree Plains, which inhabited the Great Plains region.

The most popular headdress is the halo with feathers that go over the head in the shape of an oval. They were not used by everyone, but only by warriors and male leaders of the tribes during ceremonial acts. They were made with feathers from the tail of the eagles and those of golden eagle were considered as the most valuable. They were a symbol of the courage and the heroic of the warrior during the battle, especially those that were dyed red. In addition, when young people became accepted into the tribe as fully developed adults, they were granted their first pen as a symbol of recognition. 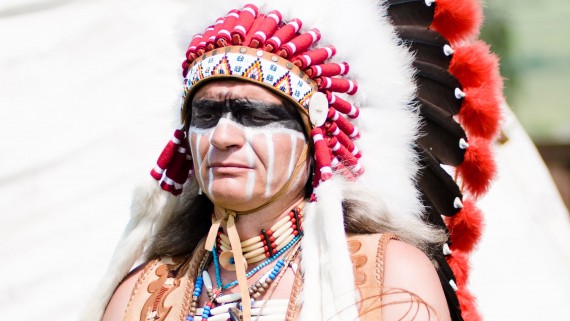 United States Independence Day, in English Independence day, is celebrated every July 4th, so it is also known as The Fourth of July, throughout the country and it is a national holiday. That day commemorates the signing of the Declaration of Independence, which took place in 1776, thus leading to the separation of the United States. of the British Empire. Therefore, this day is celebrated in style and is lived very intensely among the American inhabitants.

During this day numerous exhibitions and outdoor parades of a markedly patriotic character are held. Obviously, these exhibits are accompanied by a series of costumes and representative costumes in which three colors always predominate: Red, he blue and the White. 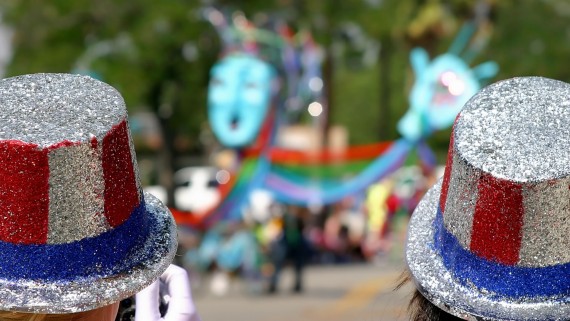 These colors are those of the American flag and, at the same time, those of the famous Uncle Sam (Uncle Sam), which is the personification of the United States as a nation and, specifically, the Government. This character was created during the First World War and his appearance is of a relatively old man judging by his white hair and beard, and serious countenance, as well as a white, blue and red clothing that clearly reminds of the US flag .UU., Especially for its characteristic high top hat with red and white stripes and a blue band with stars. Many are those who wear July 4 as Uncle Sam or at least wear this hat. 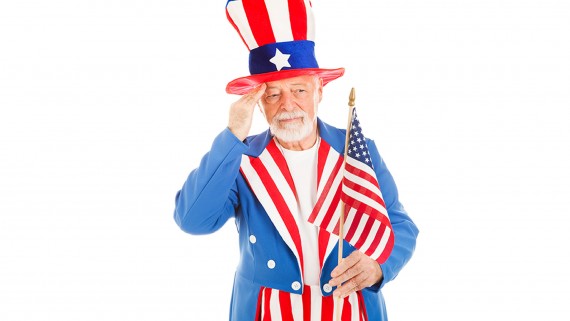 Charleston is a very popular dance in the United States, especially during the 1920s. This dance, whose name is due to its origin in the homonymous city located in South Carolina, inspired the feminine fashion of the time and has survived over time as a star dress in any costume party in which the motive is the USA.

The style of these costumes is also due to the cultural change that women experienced at the time with the approval of universal suffrage. This caused a new vision of women to expand, which now had more rights and, ultimately, greater freedom. For this reason, these costumes were excessively female, elaborated and with some touches of French refinement, with a great influence of designers such as Chanel, Poiret or Lanvin, among many others.

The overall look is defined in English under the concept of flapper girl and refers to a modern woman, but feminine, who wears a cloche or bell hat (cloche hat), the hair is cut with the bob style, which consists of a straight cut that expands to the height of the jaw and includes bangs or waves on it. As for the accessories, the most characteristic is possibly the long necklace, usually made of pearls.

As for the dress, it was similar to a camisole that reached the knees or ankles and was adorned with pearls, sequins or other shiny materials. This fashion of teaching the legs soon aroused the interest of designers in creating all kinds of socks to wear under the dress and beautify the legs in this way. 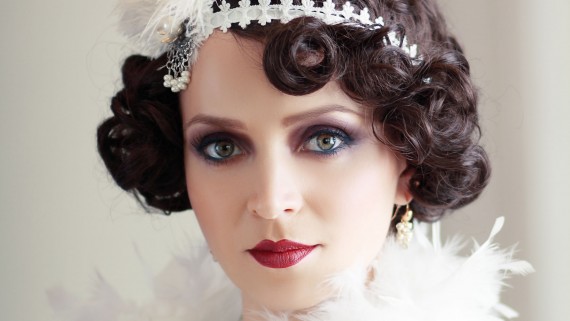 Actually the term pin-up refers to a type of illustration in which a person, usually a woman, appears suggestive attitude or provocative, smiling, greeting or simply looking at the camera. These types of illustrations began to become very popular in the 20s and 30s, when they were used as the cover of magazines, comics or calendars, among others. Since most of these illustrations appeared girls with a characteristic look, these models began to be called pin-up. The goal was primarily to get the attention of American soldiers during the war. 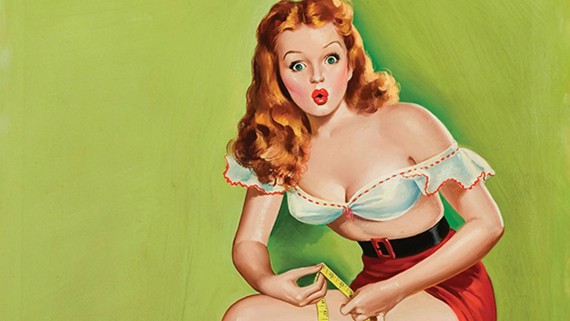 The pin-up style is characterized by the particular way of maquilarse the eyes with a black eyeliner that extends beyond the natural line of the eyelid, so that the look is more or less torn. This type of makeup is currently known as cat-eyes, which literally means cat eyes. The eyelid is made up with shadows normally of light colors, such as vanilla or beige, and a good amount of mask is applied in order to achieve very long eyelashes. The lips are always painted red or some dark color and the makeup base is preferably whitish in order to achieve an appearance of delicate complexion.

Pin-up girls' outfit is provocative, with necklines very pronounced and heart-shaped, bare shoulders and very marked waist in order to achieve a more voluptuous appearance. To get the perfect pin-up girl outfit, you can not miss a skirt, either narrow or loose, with folds and print of stripes or polka dots, or high-waisted trousers. Finally, another distinctive feature of this dress is the very high heels and garter stockings. 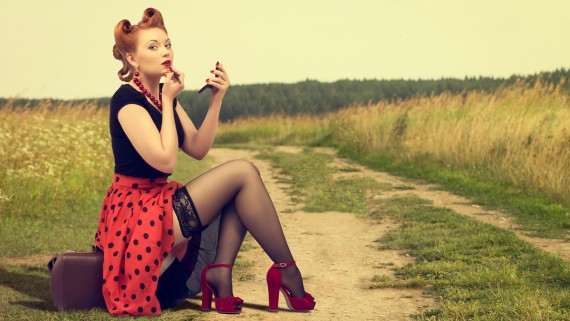 This article has been shared 149 times.