On December 18, 2010 the AVE to Valencia with a travel Madrid-Valencia He arrived at his destination in 92 minutes, three minutes earlier than planned by RENFE. On the maiden voyage, the Kings were present; José Luis Rodríguez Zapatero, the president of the Government; and other high Spanish officials; who descended from the AVE in the Joaquin Sorolla High Speed ​​station from Valencia, in an act expected by more than a thousand guests at the opening of the AVE Valencia.

After the opening ceremony, the AVE Valencia began activities since Sunday 19 covering almost four hundred kilometers between the two cities in an average time of ninety minutes. He AVE Valencia makes Spain the number one country in the European continent by kilometers of AVE in service (2,665 kilometers). The AVE Valencia had an investment of 6,500 million euros and will cover the routes Madrid Puerta de Atocha – Fernando Zóbel Basin – Requena / Utiel – Valencia Joaquín Sorolla, having RENFE a projection of transporting more than 4.5 million people a year.

The AVE Valencia they have gone on to cover the service of the Alaris trains that covered the same route for an average of 47 euros, but, in almost four hours.

The AVE Valencia prices On the route Madrid-Valencia or Valencia-Madrid, they have an average of 79.80 euros in tourist (per route), although, it has promotional prices on its website with discounts up to 60 percent. The train tickets round trip will have a discount of up to 20 percent, with an average of 128 euros.

On the route to Cuenca, train tickets have an average of 25 euros. And, the cost of the ticket on the Madrid-Albacete route is 48.9 euros. In this new route from Madrid-Valencia There will be thirty high-speed trains daily (fifteen per direction), all aimed at carrying an average of 11 thousand passengers per day. 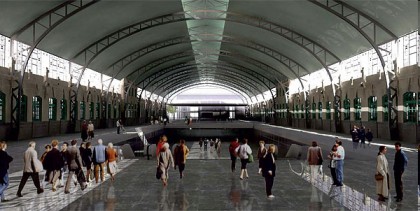 Being on board bird We will have access to various services such as: cafeteria, press, music, video, accompaniment of minors, among others.

Although, initially, many analysts indicated that this service could be affected by its high price compared to Alaris trains, this argument was minimized with the more than 90 thousand tickets for the AVE Valencia which were bought in advance before its inauguration.