The Vatican Museums they are in the independent state of the Vatican, located in the heart of Rome. They have one of the greatest artistic treasures in the world, which has been declared Heritage of humanity by unesco. This statement affects not only the artistic objects of the collection, but also the buildings and documents they treasure.

They were born thanks to the eager collector of Pope Julius II, in the early 1500s. But it was Clement XIV who created a space to house the collection and organize it at the end of the 18th century.

Currently we can see, among many other wonders, the works of Titian, Raphael, Bernini or Leonardo in the Vatican Pinacoteca. Following later, we will find the Gregorian Egyptian Museum, the Gregorian Etruscan and the Clementine Pio, which saves the Laoconte. Continuing, the Cortile della Pigna with the Chiaramonti Museum. Then through the Tapestry Gallery we arrive at Rafael Stays that house their works and were rooms of Julio II.

Another wonder is the most reserved area, the Borgia Apartmentso richly adorned by Pinturicchio, created by order of Pope Alexander VI Borgia.

The visit can take several hours, it is important to have a plan to organize well. There is four tours recommended. At the end of all of them is the Sistine Chapel, the jewel of the Vatican to create Miguel Angel. 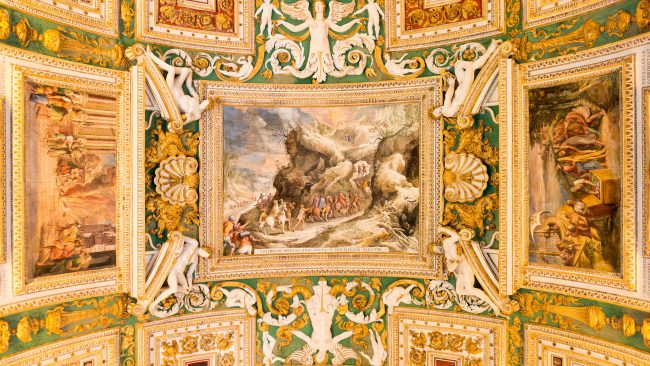 The museums open from from Monday to Saturday between 9 and 18 hours. Pay attention to the religious calendar, as it closes at parties. It is very important that you carry the appropriate clothing, you will not be able to enter with shorts or tank tops.