The Sanctuary of Santa Eulalia de Vault is about 15 kilometers from Lugo, in Santalla de Bóveda de Mera, the Primitive Way from Lugo to Compostela. It was discovered in 1926, under the nave of the church of vault town. It was declared Well of Cultural Interest. 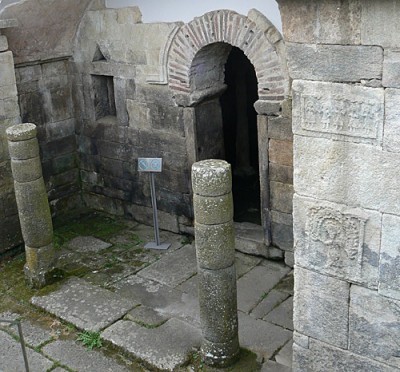 It is an enigmatic monument that is not known with certainty of the origin or use of this archaeological site. It is found without certain dating, although it is estimated they are of Roman origin. 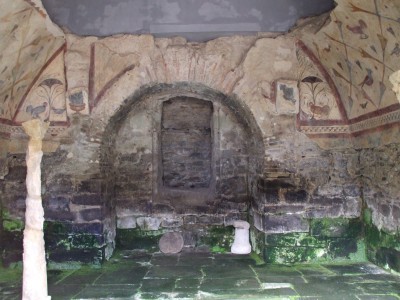 Its meaning is unknown, it could be a nymph, a funerary monument or a spa that later had Christian use, dedicated to Santa Eulalia. The interpretations are varied. 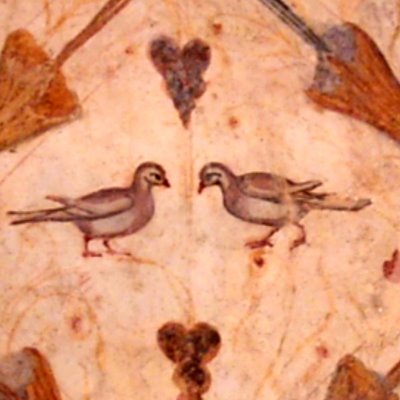 We know that in origin It had two plants of which one is preserved. It has a rectangular floor plan with a barrel vault. In its center there is a pond with columns in the corners. What makes it inferred that it was a magical or cult place is the rich pictorial decoration of the vault with a variety of birds and the exquisite reliefs of the facade, with dancing women, like nymphs. The entrance is by a horseshoe arch door, preceded by two columns in a small atrium. 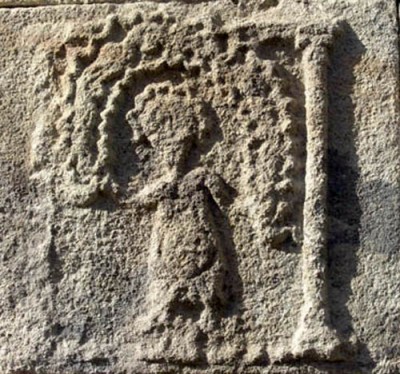