London is one of the most important cities in the world and the largest in Europe. Therefore, it is not surprising that thousands of tourists choose the British capital as a destination to spend their holidays, especially in summer. At this time of the year you can enjoy more daylight hours and numerous festivals, concerts and special events. Here we show you everything you need to know if you are going to visit London in summer.

London, capital of the United Kingdom, is a city that is located in the south of Great Britain. In this area of ​​the British Isles we can find a temperate oceanic climate, which is why the temperature found in London does not usually reach extreme values ​​in summer or winter. Usually, the warmest month of the year is July.

Central London usually stays around 5 ° C above the surrounding rural areas during the summer. This is due to the so-called urban "heat island" effect, which can be seen especially at night, given that urban areas act as a kind of heat accumulator due to the enormous infrastructure.

On average, temperatures during the London summer can be described as moderate, since they are around 18 ° C minimum and 26-29 ° C maximum. However, the truth is that you can not talk about hot days in London, since it is not common to find extreme temperatures that exceed this last figure. 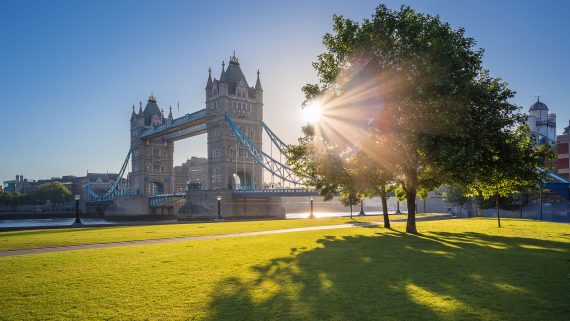 It is worth mentioning that, although temperatures are more pleasant and warm in summer, the probability of torrential rains remains high during the summer months (it is estimated that it rains every month for an average of 14 days). Therefore, always be prepared with a raincoat or K-way and / or an umbrella is absolutely recommended.

Taking all these data into account, the most appropriate clothing if you are going to travel to London in summer is as follows:

The truth is that it is difficult to plan what clothes to put in the suitcase until a few days or even a day before the trip, since the weather in London is quite unpredictable. Normally, a summer day in London begins with a cold morning, some fresh during the rest of the day and again cold at dusk. Rains are usually intermittent. 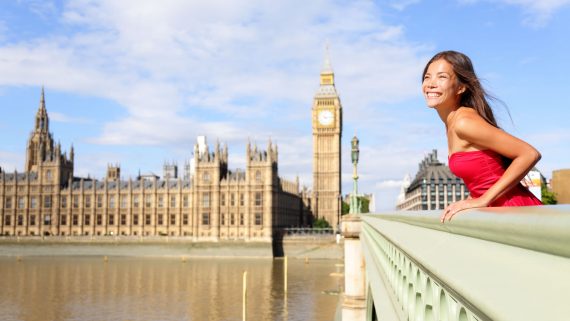 On some occasions they have registered heat waves in the British capital, although it is an unusual phenomenon. Thus, in 2003 temperatures during the summer reached values ​​higher than 37.9 ° C at Heathrow Airport. Two years later, in 2015, another wave occurred, although this time the maximum reached was 36 ° C.

There are plenty of options for those who want to visit London in summer. From English courses for young people and adults, to stays like au pair looking after children Thus, it is possible to spend the holidays in London at the same time that one studies or, on the contrary, to enjoy the charms of the city simply as a tourist.

There are many young people who take an English course in the British capital while taking the opportunity to discover its tourist attractions. There are several scholarships for children, adolescents and adults destined for it, and even summer camps. Another option is to travel as au pair, in which case you will be temporarily welcomed by a family in exchange for performing auxiliary work at home, normally taking care of the children. 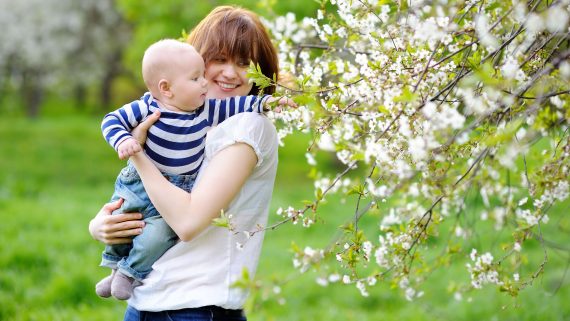 The main condition to work as au pair In London is to be a girl. Although it is not prohibited for men, the truth is that it is complicated and uncommon. Families usually look for young girls who are between the ages of 17 and 30, which is the legal age range to establish such contracts. The salary of one au pair It's usually about £ 50-100 a week.

On the other hand, there are numerous companies that offer English courses for a month or more in London that include accommodation, which can be either with a native family or in a student residence. You can also find numerous volunteer opportunities, state-subsidized courses and scholarships aimed at encouraging the learning of this language.

If, on the other hand, your idea is travel as a family, London offers countless possibilities. In summer, London has more hours of Sun after one day, about 13 hours in total. Therefore, it is easier to organize activities with the little ones while enjoying the daylight. Options such as the Science Museum or Southbank Center, as well as the Notting Hill Carnival, are the most recommended. 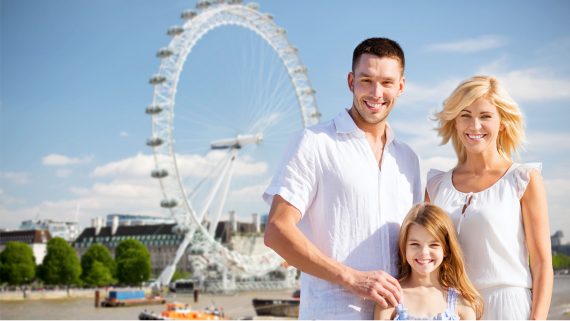 Concerts, festivals and other events

The period of time from June to August is considered summer. This time of year is perhaps the most crowded of events for all types of audiences, so thousands of tourists travel to the capital of the United Kingdom to attend concerts, festivals and other special events.

So, in June we found the Wimbledon Tennis Championship, one of the main events in the world for tennis lovers. So much so, that tickets are usually sold out in advance, although a limited number of locations are sold every day.

On the other hand, the famous ceremony also takes place Trooping the Color, in which the official birthday of Queen Elizabeth II is celebrated. It is a massive parade throughout the city. Many are those who affirm that the best area of ​​the city to enjoy it is the street The mall.

If you are a lover of good gastronomy, we recommend you to stop by the festival Taste of London from Regent’s Park, where some of the main chefs of the best restaurants in the city congregate and offer exquisite tastings. Prices are around £ 5-52.00 per ticket. 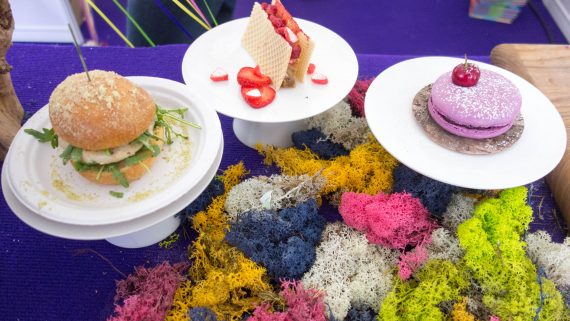 Polo fans can enjoy the event Polo in the Park, which lasts a whole weekend. It distributes food and champagne to all attendees, and it is also possible to access the purchase of luxury products.

Finally, the Greenwich International Festival + Docklands It brings together artists from all over the world and best of all, admission is free for all attendees. In it you will find the best theater, dance and other performances. It takes place in several public spaces, such as the National Maritime Museum Greenwich, Canary Wharf or the Well Hall Pleasaunce.

In general, July is the hottest month of the London summer, so it is not surprising that it is the time that offers the greatest number of options for tourists. Just by taking a walk through the royal parks, that is, through Hyde Park or Regent’s Park, or exploring the botanical garden of Kew Gardens you can already realize how pleasant London can be during this month.

A very good option, especially for those traveling with children, is to visit the London Zoo ZSL, where the little ones will enjoy the good weather while they meet the penguins, gorillas, giraffes and other animals found there. You can also see all kinds of birds at the WWT Center for the conservation of wetlands in London. 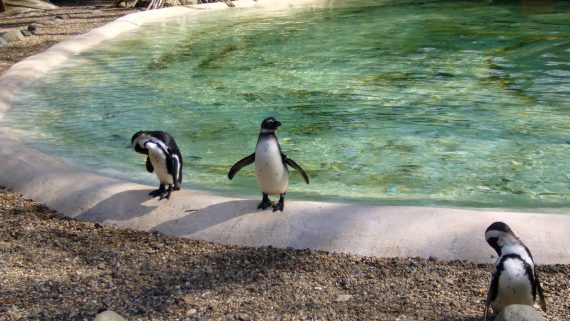 The good weather also invites you to enjoy the city on the water. We refer to a tourist walk along the River Thames. There are numerous companies that offer boat trips on it, whose route passes through the most emblematic points of the city: Big Ben, the Tower of London and the Tower Bridge, among others.

One of the most important events of the month is the BBC Proms, currently recognized for being the largest classical music event in the world. It is held at the Royal Albert Hall and concerts and recitals are presented daily. The duration is eight weeks.

Also, the famous Gay Pride Festival or Pride London It also takes place in July, as happens in several of the main European capitals, such as Madrid. It is a massive party where the LGBT community parades in large floats across the main streets of the city. 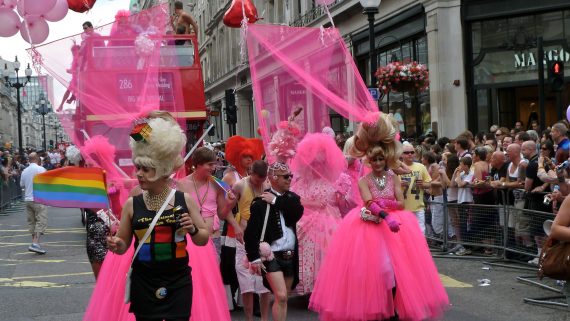 If you like to enjoy nature in its maximum splendor, we recommend you go to the floral exhibition of the Hampton Court Palace, which today constitutes the largest exhibition of these characteristics in the world and attracts thousands of lovers every year Gardening world.

August is the second hottest month in London, so it is equally possible to do a good number of outdoor activities. Since August is the month of the year in which children have vacations at school, the city offers numerous events for the fun of the little ones.

Thus, one of the most recommended events at this time is the Notting Hill Carnival, the biggest street party in Europe. The main streets and squares of West London are filled with people in disguise with motifs that are largely reminiscent of the culture of West India. More than one million people attend this event annually. 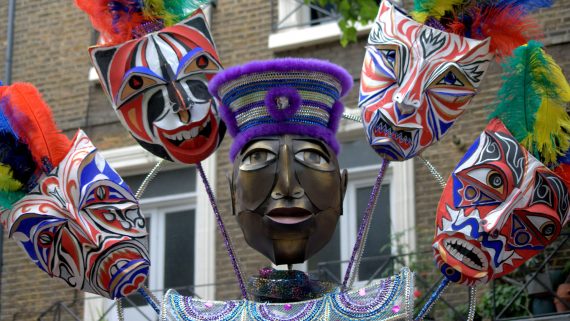 In London it is also possible to enjoy summer cinema. It is known as Film4 and it takes place in Somerset House, a cultural center located on the north bank of the Thames where there are numerous art collections. Current premieres and blockbusters are projected, as well as classic films.

It is also an excellent opportunity to enjoy the Buckingham Palace, since in summer the Queen spends her vacations outside. Therefore, tourists who wish so can enter and enjoy the 19 majestic dependencies of the palace in which the Queen carries out the main tasks of the State throughout the year.