Mexico It is a country full of history, and the pyramids of its diverse cultures is proof of that. Below the most prominent places with the pyramids most famous in the country:

Chichen Itza: The multiple and monumental buildings of the great esplanade of Chichen Itza are chaired by the Kukulcan Pyramid It is one of the most notable buildings of Mayan architecture. It is a four-sided pyramid that culminates in a rectangular temple. It sits on a rectangular platform 55.5 meters wide and has a height of 24 meters. Each side of the pyramid It has a large staircase, 91 steps per side and 1 more leading to the upper temple, giving 365 steps, one per day of the year. Stone balustrades flank each staircase, and at the base of the northern staircase two colossal feathered serpent heads, effigies of the god, settle Kukulcan. 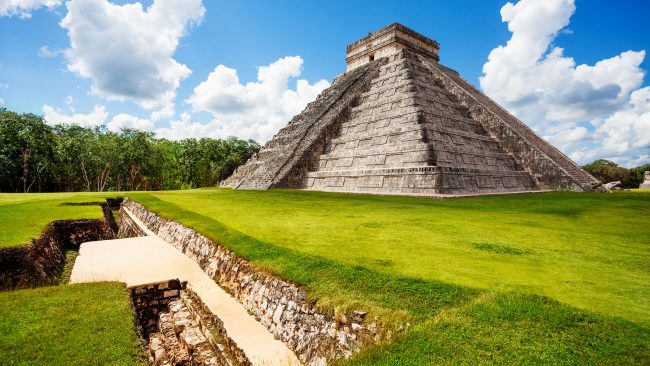 Palenque: The greatest governor, who made known to Palenque its height was Pakal el Grande, with 68 years of Government. He made, in particular, numerous buildings such as the Palace, giving it its almost definitive configuration. He had the Temple of the Inscriptions It contains his grave.

Teotihuacan: This city was one of the first complete cities in Mexico. It was directed by priests who offered human sacrifices to gods so that, according to their belief, the sun can rise every day. This city was made up of temples, pyramids, and also of palaces. By the fifth century, at its peak, it covered 20 km² and was also a great political center.

Tulum: It is a very small place compensated with its beauty that explodes in the eyes. It is geographically next to the clear blue sea of ​​the Caribbean. At the time of the Maya, Tulum It was named Zama, or City of Alba. This name was changed in Tulum (which means “fortress” in Maya) as it is fortified by the front and sides with defenses (5 to 7 meters high), and part of the sea is a true strategic place. There are also 3 observatories, located in each corner of the Tulum. 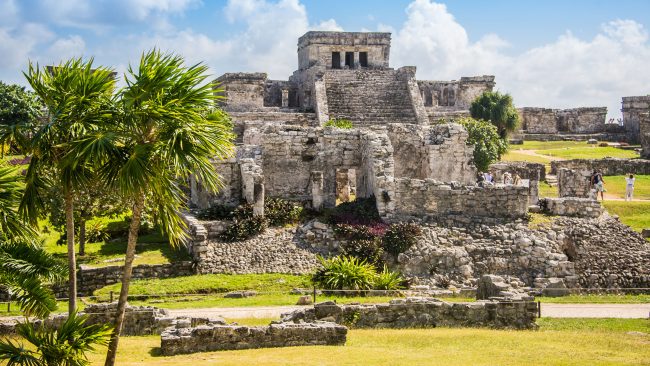 Uxmal: Located in the middle of the tropical rainforest, in the Yucatan Peninsula, this city knew its height thanks to the Maya of the seventh to the tenth century. It is a large archaeological site that asks about 3 hours of visit to be appreciated by tourists. From the entrance, the Pyramid of the Fortune Teller it is imposed with its 28 meters high and with its steep slope that makes ascension difficult. 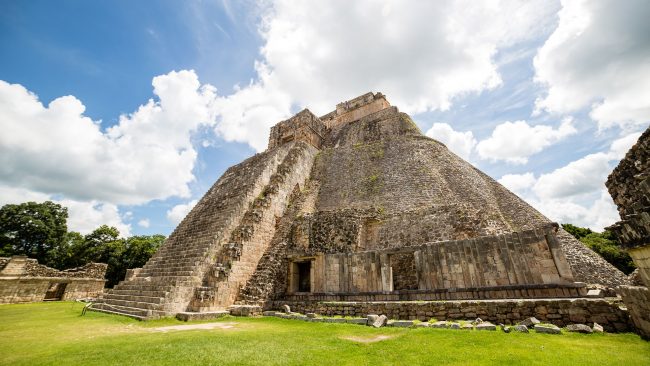 Monte Alban: This pre-Hispanic city was the ancient capital of the Zapotecs. It flourished between 500 BC and 800 AD. TO Monte Alban they erected it on a set of hills in the center of the valley and had up to 35,000 inhabitants. It is recognized for its beautiful architecture, its engraved stones and gray ceramic urns representing richly dressed priests, many of whom were found in the nearly 190 graves so far discovered, and denote the belief in a life after death.