Ways to greet each other in England are influenced by values ​​such as courtesy, moderation and intimacy. The British are usually modest, not very abrasive people, whose attitude usually reflects a deep admiration for their culture. These traits translate into reserved behavior, including ways of speaking.

What are the most common greetings?

In English, there is a general rule according to which we should avoid taking false steps that they call faux pas. This is a protocol when greeting thanks to which, if we follow it, we will avoid compromised situations that could be discourteous in the face of an English or English.

Thus, among the British the most typical way to greet each other is a simple handshake, both when introducing and saying goodbye. This gesture is usually used in all kinds of contexts, from social hangouts between friends to business meetings, whose context is obviously much more formal. It is also used between men and women interchangeably. These are soft, not strong and narrow grips like the ones that Spaniards usually give. 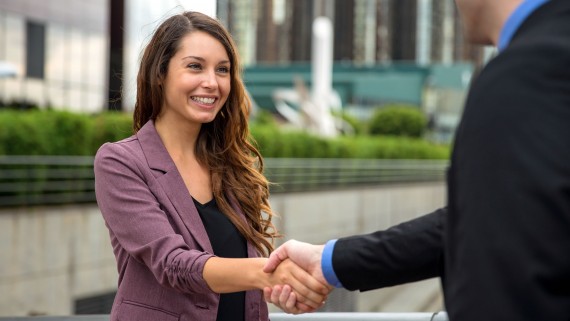 In contexts that require more formality, it is not surprising that English waits, when it comes to a greeting between a man and a woman, that it is she who takes the first step. In addition, it is important to look into the other person's eyes while we are shaking hands. Usually in English they usually say How do you do?, although if we are meeting someone for the first time, it is common to simply say Hello, I am … and our first name.

To say goodbye, it is common in London to say a simple Cheers, which is also used as an alternative to Thank you to thank, for example, the driver when we get off the bus.

Among young people and teenagers, it is usual to call us immediately by our First name, but this should not be taken as a sign of friendship, but as a simple way to break the ice. This is the same in other European countries among younger people, since they are usually not situations that occur in formal contexts. Hugging is also quite frequent, depending on the degree of trust between friends. 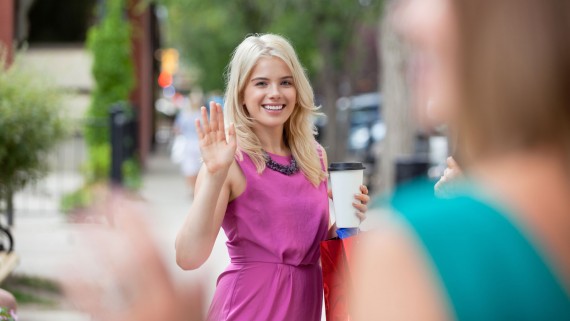 However, if we interact with an older person, this usually changes. As in Spain, for example, we tend to talk about you, in the United Kingdom it will be more appropriate to address our interlocutor with the form Mister for men and Miss for women followed by their last name. In even more formal contexts, it could happen that they used the forms Sir / Madam to address us, something we will have to use as well.

As we said before, the British are not too close, so in interpersonal relationships they always use certain distance. Touching our interlocutor will not be too successful if we are speaking with English or English.

Those who touch the arm or back of their interlocutor when they speak are usually called back slappers and it is a gesture that can greatly bother the other person. In short, the English do not tend to show their affection in public, but prefer to reserve it for more familiar and intimate contexts.

Since the British like to keep their distance and have their space during a conversation, our advice is usually not to get too close to our interlocutor while we talk with him or her. Also, show interest and look straight in the eye They will be very appreciated gestures. 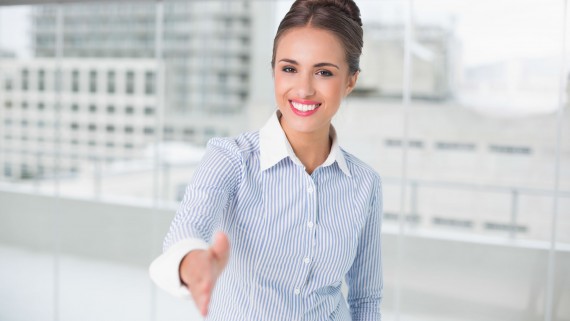 On the contrary, staring at someone if we go down the street or are inside a place, something they call in English standing, is usually considered rude and, in addition, often realize frequently. Our advice: discretion above all.

A gesture that should be given special attention is make a «V» with the index and middle fingers separated, as if we indicated the number two. Although only considered rude if we show the outside of our hand and not the palm, the English culture considers it as a gesture of contempt, authority and even mockery.

In English, they call this gesture Longbowman or reversed peace and comes from the fifteenth century, as it is a gesture made by archers who fought against England during the Hundred Years War. According to this legend, the French, during the Battle of Agincourt, threatened the English archers with cutting off these two fingers, which they used to shoot. When the English won that battle, they took the habit of making this gesture as a challenge. 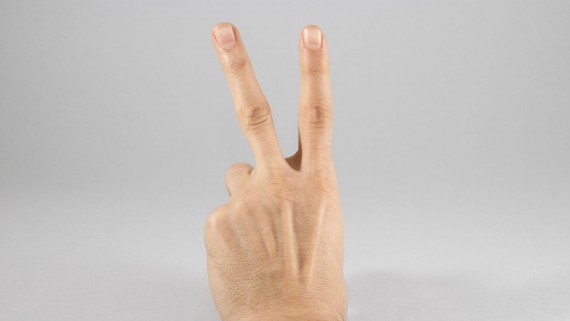 If, as we have already mentioned, the United Kingdom is par excellence the country of formality and education when interacting with others, the business context could not be an exception, but rather a clear example of proverbial correction.

The evolution of the protocol when negotiating in England has undergone several changes over the centuries. Currently, the protocol is not followed as strictly as a few decades ago. Although for many this is an indicator that English culture has lost "class," the truth is that simply the ways of establishing business relationships have evolved.

So, first of all, one of the most striking labels is the one that tells us to avoid wearing a striped tie as much as possible, since they could interpret that we belong to some club or college, very common throughout the country. 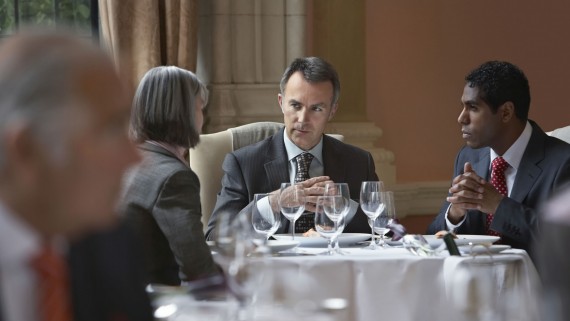 A value that remains almost intact is still that which relates to the given word: normally, promises are usually taken at face value and will be expected from us to fulfill them. Therefore, our advice is to be careful in ensuring the certainty of what is said.

The English negotiate following an unspoken rule that they call understatement, whose literal translation into Spanish is subtlety. In effect, it is about negotiating being clear, but always with certain reservations, with "by-if-cases." And this has to do with what we mentioned earlier in relation to promises. The British are good negotiators, something known as «British phlegm«, That is, the apathetic character that is usually observed in their behavior.

As a way to break the ice in order to greet each other, they usually say How do you do? followed by a handshake. For the British, time is very valuable and, therefore, the puntuality It is a very important factor, so we advise you not to be late for any business meeting. Also, making jokes or funny comments is not too well seen in this type of event, so our recommendation is that you leave them for more informal contexts. 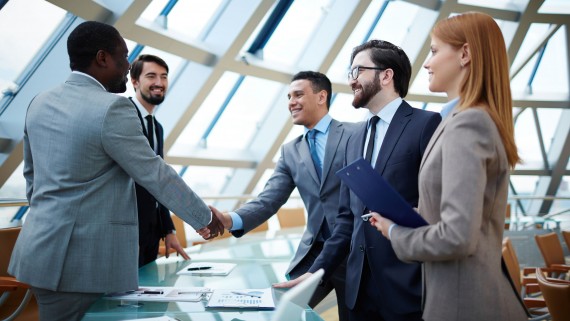 You also have to take special care during business meetings when we talk about the United Kingdom itself, especially you should be very aware that the country has two clearly differentiated nations: Scotland and England. Scots don't like to be called Englishmen and the English don't like to be referred to as scottish, although this last case usually occurs less frequently than the first.

How to greet and fire in writing?

When a foreigner learns English, it is very common to deal exhaustively with the issue of how to write formal and informal letters. Within a tourist context, it can be very interesting to know in depth this part of British English if our next destination belongs to the United Kingdom, especially if it is a business trip and because we are looking for a job there.

As in the oral channel, in writing the English also tend to mark the distances, something that is seen in the prototypical formulas that are usually used.

Whether it is to send a traditional letter or an email, the forms do not change. However, we must pay special attention and know how to differentiate when it is a formal context and when it is more informal, since the forms we use in one or the other will be those that make the real difference. So, usually, if we know the name of our recipient, the ideal would be to start the writing with a Dear followed by his name (e.g. Dear Thomas) and a comma. 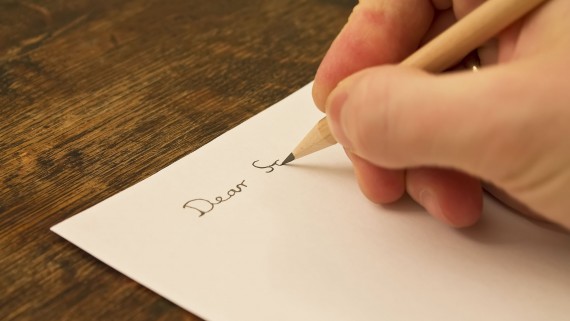 If, on the other hand, we don't know his name, we can put Dear Sir / Madam or To whom may it concern, although these forms tend to be somewhat more formal. In a context of low formality, we could put a simple Hello or even Good morning / afternoon / evening (depending on whether it is in the morning, in the afternoon or late in the day). If the message is addressed to several people, we can always use the form Dear all.

However, it is true that currently, given that the medium most used in these cases is the email, excessive formalisms are slowly disappearing. Thus, it is common to put the simple Hello which we talked about in the previous paragraph or even its reduced form Hi, which would be the most informal of all those mentioned. For example, among the companies located in the City of London it is usual to start the mails saying Hi team or Greetings, what does it mean Cheers. 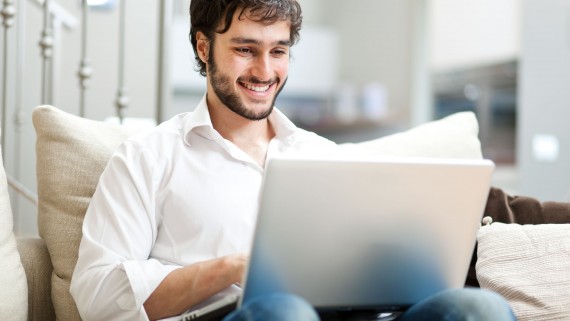 To say goodbye, on the other hand, they don't always use the forms Yours sincerely (when we know the recipient) or Yours faithfully (When we don't know his identity), there are multiple ways to say goodbye. In fact, these are not the most commonly used forms and, if used, it is in quite formal contexts.

A formal and simple farewell at the same time is Regards, very common today, followed by your full name on the following line. If the email requires a little less formality, we can opt for Best regards, so that we add a touch of warmth to our writing. In informal contexts, the most common is to end with a single Best, although the preferred way in London is undoubtedly Cheers.

This article has been shared 27 times.