Reproductive tourism is a type of medical tourism that refers to the practice of traveling to a foreign country to carry out fertility treatment. The main reason why a person or couple decides to move to another country to receive health care has to do with a little permissive legislation or the absence of the desired treatment in their country.

Reproductive tourism, also called fertility tourism, is the practice of moving to another country to carry out assisted reproduction treatments, among which in vitro fertilization (IVF), artificial insemination and surrogacy.

Many experts consider it a subclass of medical or health tourism. It is estimated that the first trips abroad for this purpose occurred in the eighteenth century to England to treat diseases such as gout, hepatitis or bronchitis. 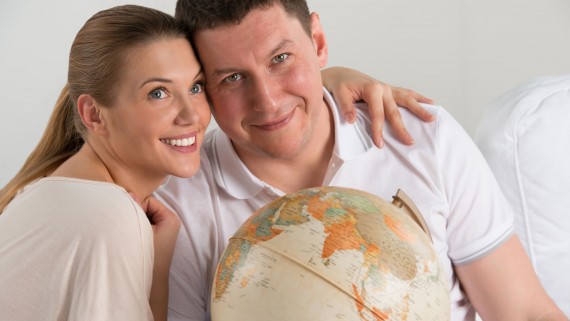 The main reasons why a patient or patients are forced to travel to receive medical treatment are related to the non-permissive legislation, the absence of the required treatment or the search for cheaper prices than those available in their country of origin.

In fact, there are many people who have coined this type of tourism under the name «Reproductive exile» as a way to criticize the few options usually available to couples suffering from infertility, which is why they are forced to travel abroad to fulfill their dream of being parents.

What is assisted reproduction?

The term Assisted reproduction It refers to the set of techniques used to treat the various infertility problems that are increasingly common today in couples around the world.

It should be clear that assisted reproduction involves the artificial manipulation of gametes (ovules and sperm) in any part of the reproductive process, from the woman's ovulation to the development of the embryo, through the formation of sperm. In Spain, it is regulated in accordance with the Law of Assisted Human Reproduction Techniques (TRHA).

Currently, the main reason why a couple may require assisted reproduction treatment has to do with the maternity delay, since the average age to have a child ranges between 26 and 29 years. 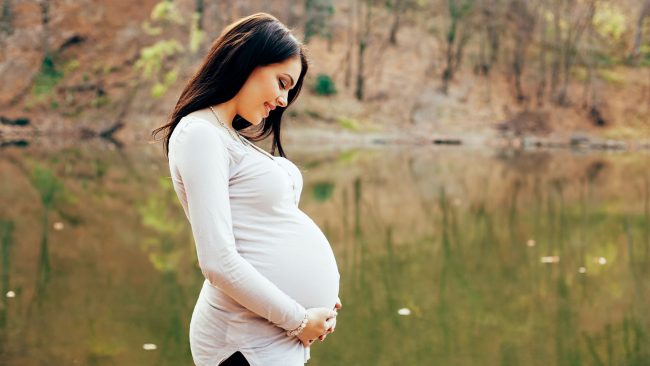 Assisted reproduction was an unprecedented scientific revolution, as it changed the way a couple could access paternity. Until almost the end of the 20th century, people with sterility or infertility problems had no choice but to resign themselves or resort to adoption to start a family. All this changed from 1978 thanks to the birth of the British Louise Brown, the first «test-girl».

What is surrogacy gestation?

On the other hand, surrogacy, commonly known as rent belly, is a reproductive alternative focused on those women who cannot have a child due to the inability to gestate. Also, surrogacy is a very suitable method for single men and male homosexual couples, since in this way they can have a biologically own child.

A surrogacy process implies the presence of a woman outside the couple or person undergoing treatment. This woman is called pregnant or surrogate mother and is the one who agrees to gestate the child of another person in exchange for an economic remuneration or in a totally altruistic way, depending on the country where this procedure is carried out. Prospective parents are called intentional parents.

Today, surrogacy is a non-generalized technique, so each country has its own regulations, either to allow it based on a series of requirements or to prohibit it.

This assisted reproduction technique not allowed in Spain in accordance with the Law of Assisted Reproduction 14/2006, although it is nevertheless estimated that in this country there are currently between 1,000 and 1,400 babies born by surrogacy in some foreign country, according to information provided by different Spanish associations. To know more, we recommend you visit the specialized magazine Babygest.

Annually, it is estimated that between 20,000 and 25,000 couples and single people resort to reproductive tourism to start a family. As mentioned above, the main reasons for choosing this method of conception are related to any of the following aspects of the country of origin: little permissive legislation, excessively high prices or lack of treatment. 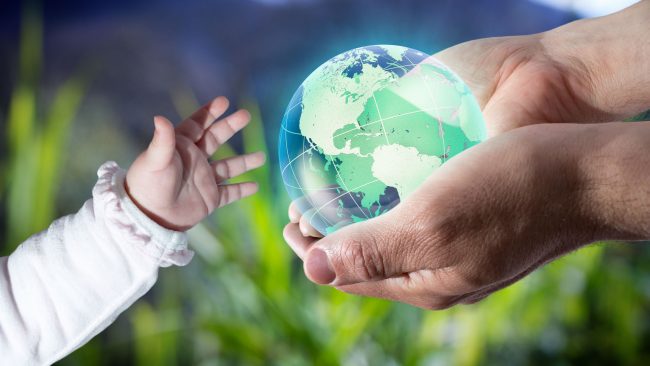 What are the most demanded treatments internationally? We show you below:

It should be noted that reproductive tourism is also a widely demanded option among the LGBT collective and women and men who decide to embark on the path to motherhood alone.

Thus, while surrogacy is popular among male homosexual couples, there is a type of in vitro fertilization among lesbian couples called CLOTHING method, in which one of the women gives her ovules to the other, who will be the one to manage the future baby. This treatment is allowed in Spain, although the couple must be married. 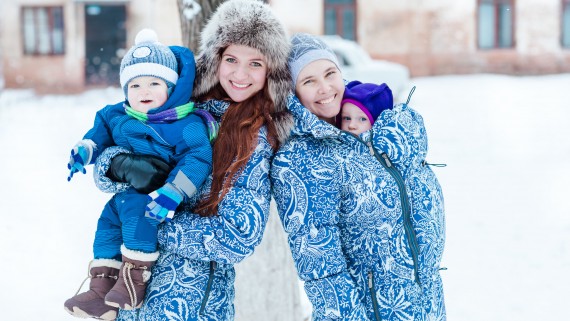 In the specialized magazine INVITRA You can find information regarding the donation of eggs, semen and embryos along with the requirements to carry out these treatments and international clinics.

These are the main countries to which those interested in assisted reproduction usually travel:

It is estimated that almost half of IVF treatments with donor eggs carried out in Europe take place in Spain. Artificial insemination with donor semen is another of the most popular treatments among British tourists traveling to Spain. 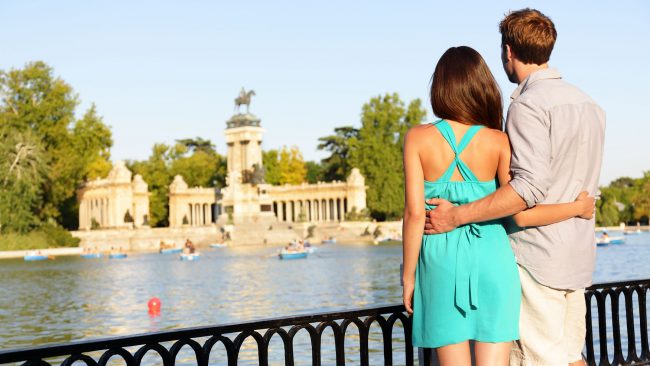 However, this trend began to change from the end of the 1990s and the beginning of the 21st century, at which time the donation limit was reduced by six per individual.

If you want to obtain detailed information and know which are the main assisted reproduction clinics in Spain, we advise you to take a look at the specialized website ORG Assisted Reproduction. To expand the information offered here, you can access the following article: Fertility tourism to get pregnant.

Currently, we find a significant number of quality clinics that carry out assisted reproduction treatments for people around the world, including Latin America.

Israel It is currently the most requested country at international level to carry out in vitro fertilization treatments, since it has the largest number of assisted reproduction clinics in the world.

Secondly, the United States stands out mainly for being the favorite destination of the majority of European citizens due, on the one hand, to its high success rates and, on the other, to the flexibility of its set of laws in this field. In the US, donors receive an economic benefit from donating their eggs and can remain anonymous or, on the contrary, reveal their identity to the recipient couple or woman. 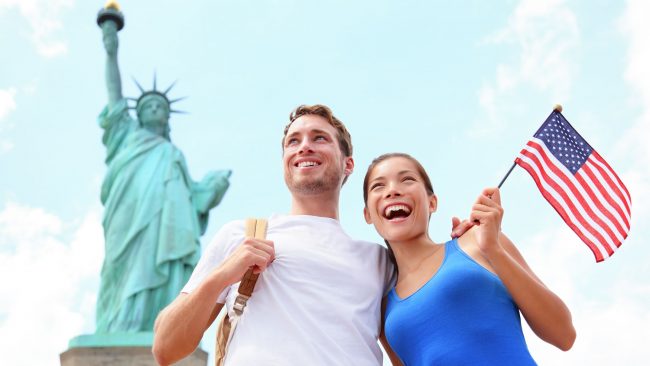 The fact that sex selection is allowed in U.S It is something that is very attractive to British tourists, basically because it is only possible through a technique known as preimplantation genetic diagnosis (PGD), which is not legal in the United Kingdom.

Anonymous egg donation is one of the main reasons why a large number of Canadian women travel year after year to the US. to undergo this treatment. Also, ovodonation is the most demanded treatment by Canadian women, since it is estimated that about 80% of their trips through reproductive tourism are to carry out this technique.

As for sperm donation, Denmark It is the main destination of those women who seek to undergo artificial insemination with donor semen. It is also the leading country in the export of semen to other countries, which means that there is the possibility of buying semen through the Internet to carry out homemade artificial insemination with donated semen. The destinations with the highest demand for donor semen are: Paraguay, Canada, Hong Kong and Kenya.

Within Europe, most citizens traveling abroad to undergo fertility treatment come from Germany and Italy, which are the most restrictive countries in terms of the number of eggs to be fertilized and the number of embryos to transfer or freeze.

On the other hand, approximately 52% of American women travel to India and other Asian countries to undergo IVF treatment with an egg donor, due to excessive prices for this treatment in the US.

Surrogacy is not legal in a large number of countries, which is why it is one of the top treatments of the so-called reproductive tourism. Although it is allowed in several countries, the truth is that the most requested are: United States, Russia, Ukraine and India.

In the United States, the main attraction of surrogacy is the high quality with which all procedures related to this treatment are performed. The preferred state for the international patient is California, given that its laws are probably the most permissive for both heterosexual couples and the LGBT community. 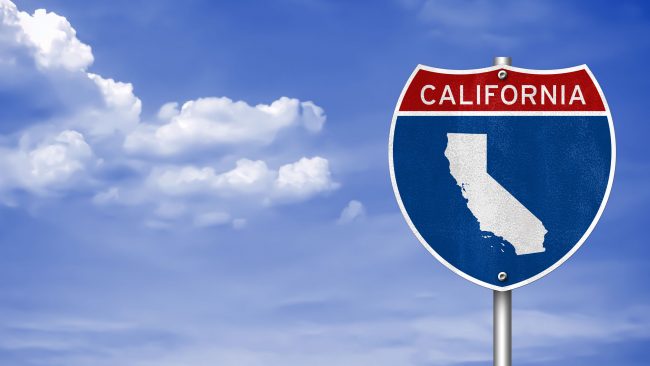 India has become popular in recent years because of its relatively low price compared to other destinations. In addition, subrogation laws in India are quite flexible, although it has been banned since 2014 for gay couples and single people.

The permissive set of laws of Russia It is very attractive for "reproductive" tourists who choose it as their destination. Both egg donation and gestational surrogacy are completely legal in Russia and can even be carried out for purely commercial reasons, that is, to obtain an economic benefit. The main advantage is that international patients enjoy the same rights as Russian citizens to carry out this treatment.

Ukraine also accepts surrogacy and is another popular destination because pregnant women are forbidden to claim the maternity of the baby according to the Ukrainian Family Code. In this way, the fear in the intentional parents disappears that some kind of filiation problem may arise once the baby is born. 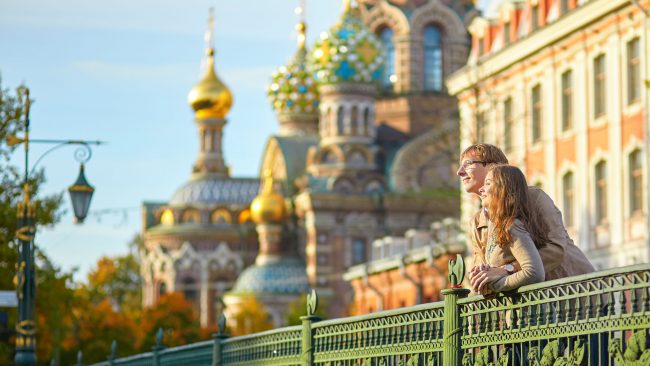 Greece and the United Kingdom There are two other countries where surrogacy is legal, although in the United Kingdom there are a large number of restrictions among which the fact that there is no legal regulation that guarantees future parents the right of filiation once Born the baby In Greece, on the other hand, this treatment is allowed for foreign citizens since 2014.

Surrogacy is also accepted in the Mexican states of Sinaloa and Tabasco. Until the end of 2015, Mexico was one of the destinations of reproductive tourism for this reason, but as of that date, the new regulations in relation to surrogate pregnancy establish that only Mexican citizens can undergo this treatment.