Celebrities from all over the world also deserve a vacation, whether in summer, Easter or Christmas. If there is a context where luxury tourism can undoubtedly be included, that is undoubtedly in the world of fame. The exotic beaches and the paradisiacal islands are not lacking, but many opt for the tranquility of a lake or even mountain tourism.

Cádiz, for its incomparable beauty, is one of the most popular destinations among celebrities as popular in Spain as Joaquin Sabina, Sergio Ramos, Hugo Silva and the Great wyoming. This Andalusian city located in the southwestern end of Western Europe is one of the most tourist in Spain and Europe, among other reasons, for the beauty of its beaches, the famous Carnival of Cádiz and its historical heritage. 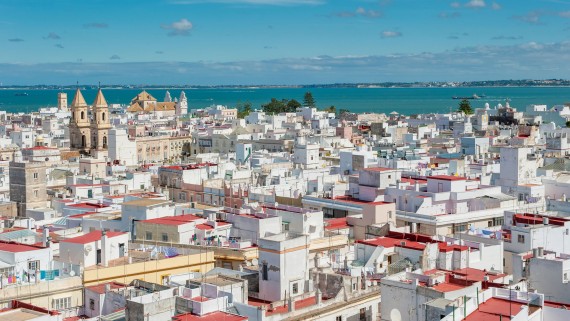 The Spanish singer-songwriter and poet Joaquín Sabina, for example, opts for the town of Broken As a holiday destination. And it is not surprising, since this municipality located in the Bay of Cádiz has beautiful beaches of fine golden sand, such as El Rompidillo or La Costilla. Also its different natural environments make Rota the favorite destination of celebrities and tourists from around the world.

Meanwhile, the footballer Sergio Ramos and the actor Hugo Silva agree when choosing their vacation spot: Zahara of the Tunas and Caños de Meca, in Barbate, are the places where they choose to rest and spend a few days to disconnect from day to day. Both locations belong to the municipality of Barbate, located in the south of Cádiz. Great Wyoming has also spent the summer here on occasion. 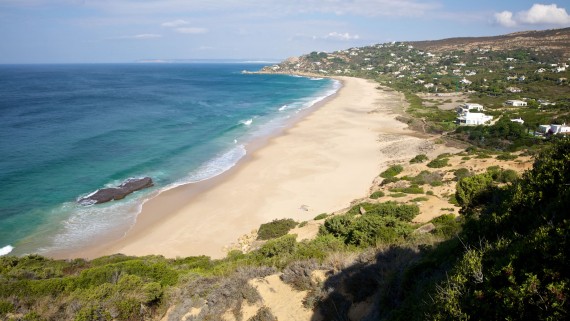 Nowadays, Barbate It has reached rates that make it one of the most important destinations in terms of coastal tourism in Spain. This is undoubtedly due to its beaches, but also to the good weather and the wide range of nightlife options it offers.

The Balearic Islands are another of the destinations par excellence of several famous Spanish. Mallorca, Menorca and Ibiza are, of course, the star places due to the luxuries they offer: warm weather, extraordinary coves and good nightlife. Ibiza was, for example, the holiday destination of the Duchess of Alba, where he owned a residence in Cala Salada. 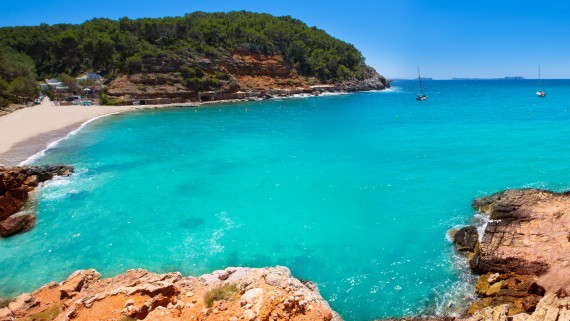 So, for example, the British prime minister, David Cameron, and the British Deputy Prime Minister, Nick Clegg, choose to spend their holidays in Mallorca, where they have been seen on more than one occasion. Also they Kings of Spain, Felipe VI and Letizia, stay at the Marivent Palace, a modern building located in the Cala Major declared a summer residence of the Spanish Royal Family. In the following video we can see the traditional inn of the Kings of Spain at the door of the Marivent Palace:

On the other hand, the television presenter Mercedes Milathe singer-songwriter Serrat and the president of Catalonia, Artur MasThey prefer to spend their holidays in Menorca, although each one in a different place. Milá and Serrat choose Mahón, a city located to the east, while the president of the Catalan government will spend the summer with his family in the town of Fornells, in the municipality of Mercadal. This is the preferred place of the Mas family since 1965. La Cala del Pilar, in the municipality of Ciudadela and northwest of Menorca, is also another of the star places of Artur Mas, where he has been seen in recent years to aboard a boat with his wife, Helena Rakosnik. 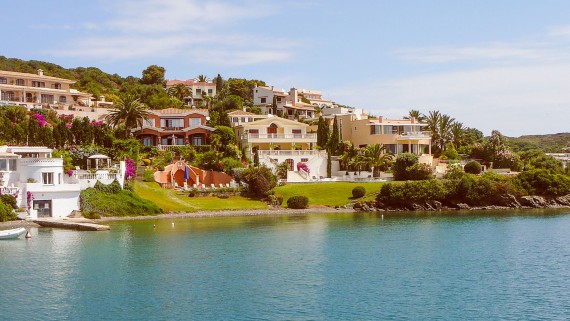 The Spanish Formula 1 champion Fernando Alonso It is another of the celebrities who choose Mallorca as a favorite holiday destination. Especially, his favorite place seems to be the Costa de los Pinos, an area of ​​small rocky coves located in the homonymous urbanization, in the municipality of Son Servera.

Marbella is a city located in Malaga, Andalusia, Spain. Many are both Spanish and foreign characters that are closely related to the city.

Surely some of the names of the following notable residents sound like you: Peter Viertel, Félix Bayón, George Clooney, Antonio Banderas and Julio Iglesias, among others. So were the actress Audrey Hepburn and the Duchess of Alba. In summary, Marbella is a city where it will not be difficult to meet a Hollywood actor or one of the most influential people on the planet. 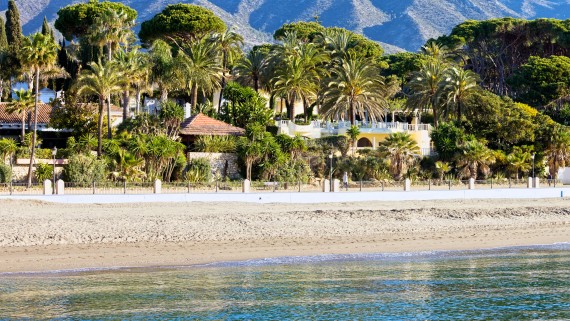 But as far as the summer is concerned, characters like the former president of the government of Spain, Jose Maria Aznar, choose Marbella as a favorite holiday destination. There, Aznar owns a house valued at 1.6 million euros in a luxurious urbanization that is next to a golf course and the beach.

Niall Horan, member of One Direction, also travels to Spain to enjoy a few days of relaxation. Specifically, Puerto Banús is the place chosen by the Irish singer, who usually takes a few friends with him whenever he can. There, during the day he has been seen enjoying the coast and at night in the famous Ocean Beach Club. 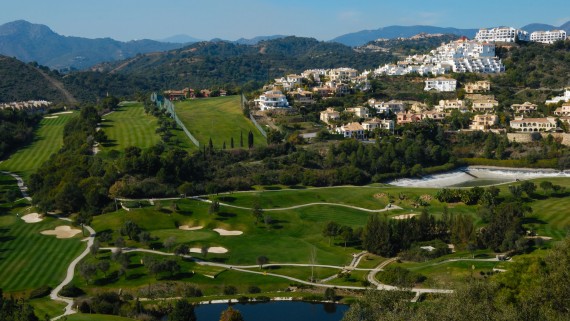 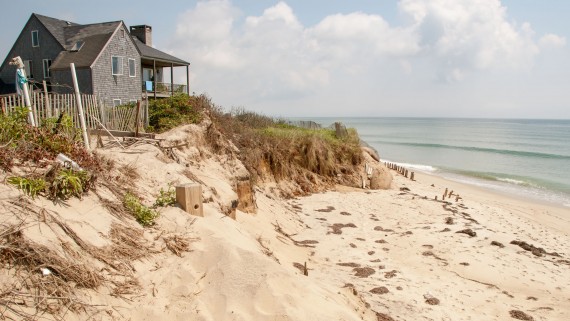 Located in Dukes County, Massachusetts, this island is the ideal vacation destination for Obama and the Kennedy. These influential characters choose the island mainly for its good summer weather, whose average temperature is 32 ° C, and its beaches, which invite tourists to relax. We leave you with an interesting video where you can see images of President Obama during his vacation at Martha’s Vineyard:

Italy has a good handful of exotic corners worth visiting at least once in a lifetime. And this is well known by several international celebrities of the size of the Argentine soccer player Lionel messi, who opts for the small island of Capri, located in the Gulf of Naples. 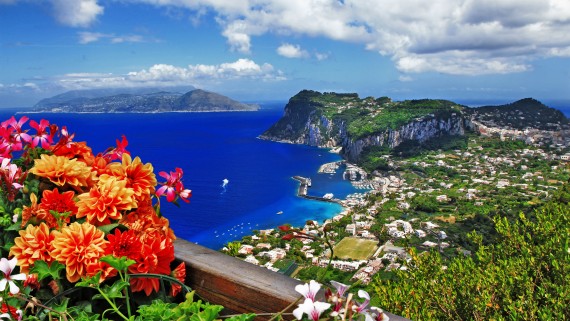 For their part, the Kings of Spain, in addition to summer at the Miravent Palace as we have mentioned before, have once made an escape outside Spain and have been seen by the Gulf of Taranto, belonging to the Ionian Sea.

But, without a doubt, if there is a figure that stands out for spending his holidays in Italy, that is obviously the Pope. The main exponent of the Catholic Church also has a holiday destination and is called Castel Gandolfo. It is a small town located 20 km south of Rome (Italy) and bathed by the waters of Lake Albano.

The Pope of Rome is staying there in the Palace of Castel Gandolfo, which is his summer residence and includes an extensive garden and the famous Vatican Observatory. This palace belongs to the national territory of the Vatican although geographically it is far from it. 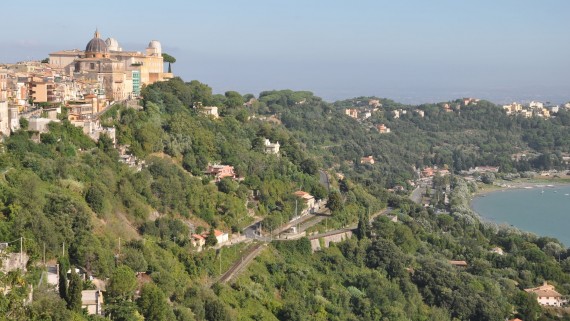 The player of F. C. Barcelona, Andres Iniesta, and the British singer Harry Styles One Direction are two other celebrities who do not hesitate to move to Italy when it comes to rest. Thus, while Iniesta travels to the island of Sardinia, specifically to the beaches of Porto Cervo, (northern Sardinia, La Gallura region), Harry Styles has been seen on occasion in Lake Como, located in Lombardy .

Lake Caburgua or Caburga It is located in Chile, in the commune of Pucón, northeast of Lake Villarrica. It is surrounded by the Huerquehue National Park and the Hualalafquen National Reserve (also called Villarrica National Reserve) and from the lake you can see on the horizon the views of one of the most important active volcanoes in the world: the Villarrica volcano.

Its geographical location favors that it is one of the most tourist lakes in South America, especially in summer. For this reason, it is the resting place of the president of Chile Michelle Bachelet and the former president of this same country, Sebastian Piñera, among other public figures. In the following video you can see a series of images that show us why these characters decide to choose Lake Caburgua:

La Gomera is one of the seven main islands that make up the Canary Islands (Spain), located in the Atlantic Ocean. Belonging to the province of Santa Cruz de Tenerife, the island has really spectacular corners, such as the Garajonay National Park, which has been a World Heritage Site since 1986.

Its average annual temperature of 20-23 ° C, its majestic beaches and the many traditions that form the typical folklore of the island have made La Gomera the holiday destination of the German Chancellor Angela Merkel, who has been seen with her husband, Joachim Sauer, on more than one occasion. 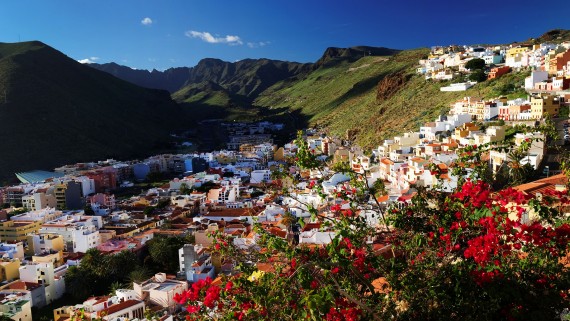 The good temperatures, the natural parks, the possibility of resting between mountains, the historical heritage and, in short, all that northern Spain has to offer is, without a doubt, the reason why tourists from all over the world and Notable characters choose Asturias, Galicia or the Basque Country, among others, to spend a few days relaxing.

For example, Mariano Rajoy, President of the Spanish Government, is one of those who take advantage of vacation days to return to their homeland: Galicia. Rajoy bets on family vacations with his wife, Viri Fernández, and their children. In recent years, the president has chosen the municipality of Ribadumia (Pontevedra) to stay quietly in a rural house. 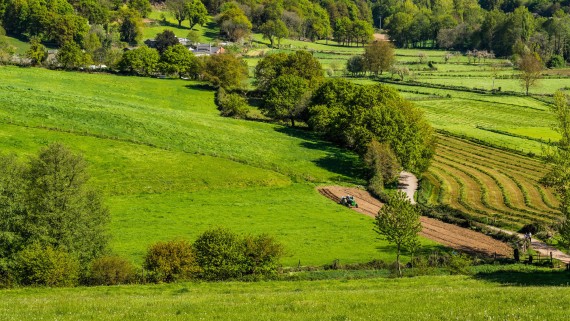 Amancio Ortega, owner of the Inditex empire and declared the second richest man in the world, and his family have a summer shelter in the municipality of Arteixo, located in La Coruña, Spain. The Ortega have in this village with a property that covers 20 hectares and is the favorite place of Marta Ortega, daughter of the owner of Zara, who keeps here some of his horses and rides them whenever he can.

In Asturias, for example, is where the singer Melendi He spends his holidays, specifically in a small town called Areñes, in Piloña, his homeland. The singer returns home whenever he can and joins outstanding local events such as the San Roque de Areñes festivities, from which he has even recorded the video shown below to encourage tourists to participate in this event :

The Max Princess of the Netherlands, who was born in Buenos Aires, Argentina, returns to his homeland to spend the holidays. Specifically, Princess Máxima veranea in Villa La Angostura, which is located in Neuquén, in Patagonia Cordillerana, as well as in Cumelen Cabins.

It is not surprising that the princess spends her vacation here, since this town is considered one of the most beautiful in the region, which is why it is known under the nickname Patagonia garden. 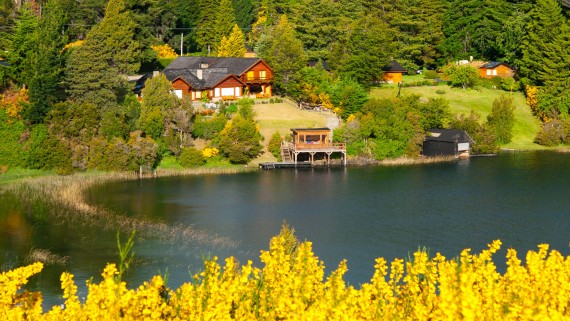 Not only does the princess opt for Argentina on her vacation. Mauricio Macri, head of government of the city of Buenos Aires, has been seen on numerous occasions by Patagonia, Mar del Plata (Buenos Aires) and the spa town of Pinamar, located east of Buenos Aires.

The Greek island of Mykonos, located in the Aegean Sea, is the holiday paradise of Cristiano Ronaldo, like other Hollywood stars like Leonardo DiCaprio, Selena Gomez, Elton John, Simon Baker, etc.

If something can be found on this island, of course that is fun and nightlife, of course without missing the glamor. In short, Mykonos is currently a luxury destination where landscapes speak for themselves. 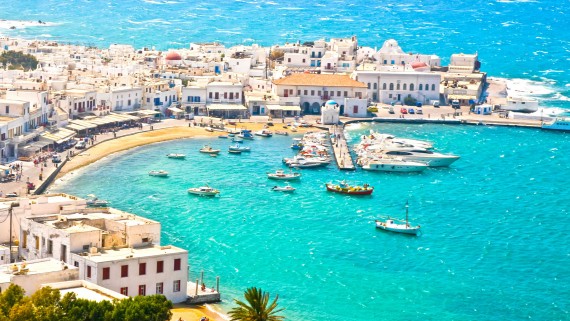 There are two places where the Queen of England has a summer residence. On the one hand, the Balmoral Castle, in Scotland, which is a large mansion located in Aberdeenshire. It became a royal residence already during the reign of Queen Victoria I and, to this day, Balmoral is only the summer residence of Elizabeth II and the Duke of Edinburgh. 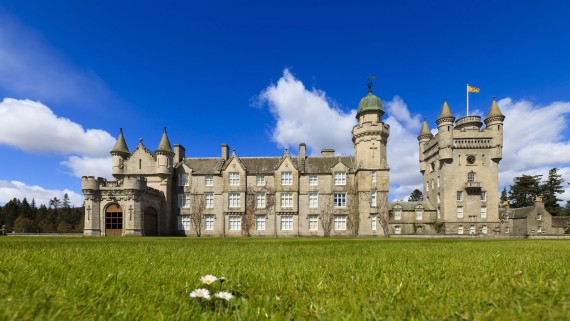 Also, if the British Royal Family spends their summer vacations in Balmoral, at Christmas they meet at Sandringham Palace, which is located in the county of Norfolk, in the east of England.

Also, on some occasion the president of the British government has been seen, David Cameron, spending vacations with his wife on Polzeath Beach, in Cornwall, England. Polzeath has an extensive sandy beach that has become especially popular with surfers.

This article has been shared 28 times.