After many months of expectation, the World Cup (World Cup Brazil 2014), the most important sporting event on the planet, will begin and will paralyze all fans of the sport from June 12 to July 13. 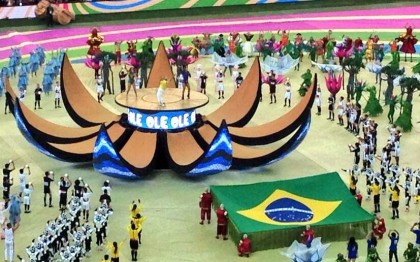 The inauguration party was held at the Arena Corinthians stadium in Sao Paulo and, although it only lasted 26 minutes (data that has made it the shortest opening ceremony of all the soccer World Cups), it had a cost that exceeded nine million Dollars.

One of the main attractions of the ceremony was the giant LED ball (with the same details of the Brazuca that is the official soccer ball of the World Cup), the same one that was built with seven thousand nits of luminosity and ninety thousand clusters and that It remained active throughout the ceremony, the same as the organizers indicated, it was designed to be a tribute to Brazil and its main treasures: Dance, Soccer and Nature. 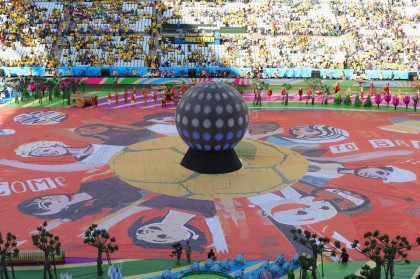 The closing ceremony was in charge of Claudia Leitte, Jennifer López and Pitbull, who dressed in the national colors of Brazil and performed the official World Cup anthem before the opening match between Brazil and Croatia.

Failures in the Opening Ceremony

In this sporting party there have been some technical and logistics problems that we hope will only remain as a reminder of some curiosities that usually happen in this type of event and not, that they end with a call from FIFA to the organizers. 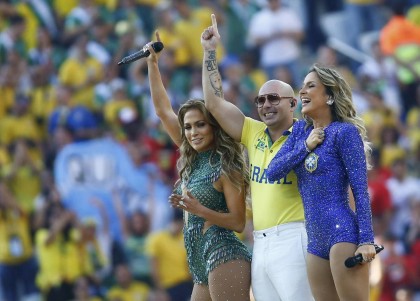 These details include the one that Jennifer López had indicated until a few hours before the inauguration that she would not travel to Brazil, which caused many setbacks in the organization and which was finally resolved when the singer traveled at 01:00 hours June 12 from New York to Sao Paulo by commercial flight.

The technical failure of the elevator that would make the interpreters of the official song of the World Cup Brazil 2014 enter the stage, with this failure, the hydraulic system did not culminate the ascent and the singers' entry to the stage was less novel. 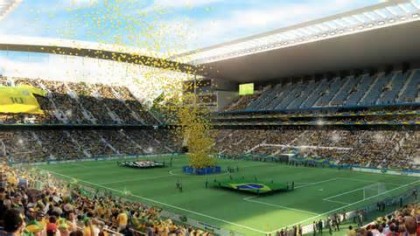 Jennifer Lopez, Pitbull and Claudia Leitte were the ones who sang the song of the World Cup "Ole, Ola" and, although many think that the audio system was terrible and almost not heard, it was finally learned that they sang with playback.

The president of Brazil, Dilma Rousseff, like his pair in FIFA, Joseph Blatter, decided not to give an inaugural address because of the fear of public reaction due to his discontent. 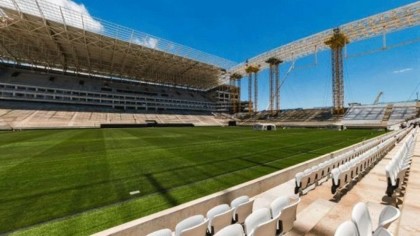 The direct of cameras of the World Cup in Brazil was fired after making the mistake of not transmitting the moments in which the play of honor was made by the paraplegic child who could perform this action thanks to a bionic exoskeleton.